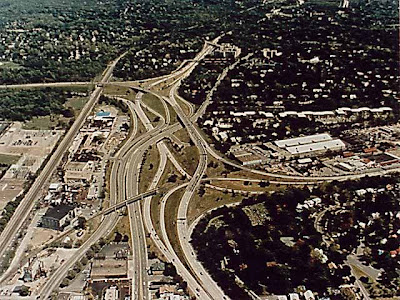 Rochester Can of Worms

is it really called that? i love it.

It was! They changed the roads to make them less crazy, so it no longer exists like that.

I lived in the area from 1987-1992, while they were "improving" the Can of Worms. Back then, there were even little worms as a graphic (along with the name, Can of Worms) on the Rochester City Map.

I love this, it's a strange source of pride when I try to explain where I am from. Before the improvement, I think there was an area where several roads merged but if you wanted to get from one road to another, you had to get over 4-5 lanes of traffic to the left(!) in less than 1000 feet